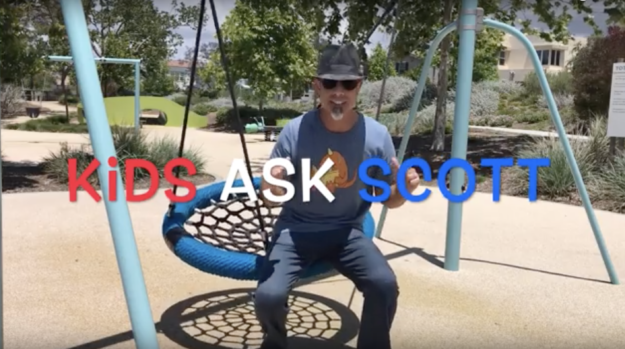 Would Scott rather not be able to write books or not talk to anybody? A tricky question? Not really. In the end, the choice is between love and like. Here the whole answer at episode 108 of KIDS ASK SCOTT. 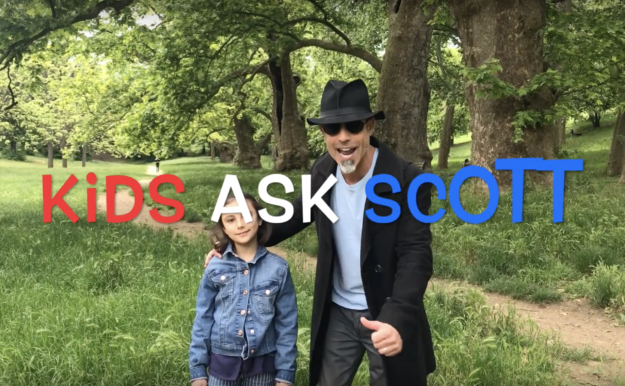 How many languages does Scott speak? English, Italian, and . . . ? Scott answers his seven-year-old niece’s question at episode 105 of KIDS ASK SCOTT. Click here to find out. 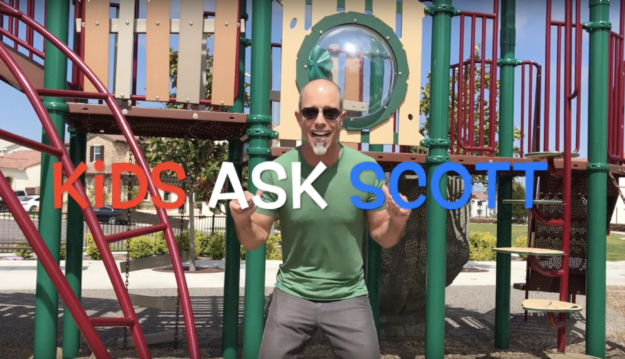 Why is Scott bald? Well, you see, big-brained individuals have no room for hair on their head. Science has proven that large brains force the hairs in a person’s head out of their follicles. But being bald is not a question of why. It’s more a question of  . . . why not? Why are you… 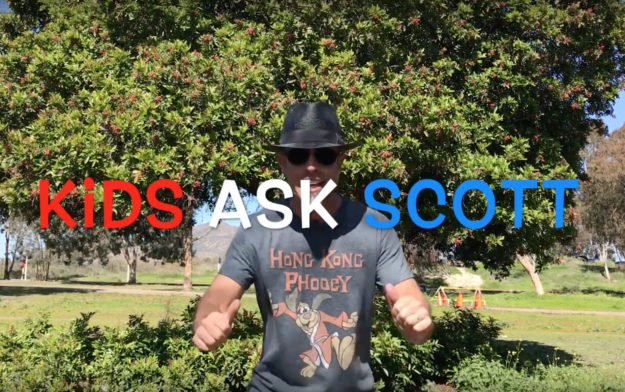 Does Scott ever get frustrated and feel like giving up? Yes, it happens, but the frustration lasts less than a second because what else is he going to do? Join the circus? Get shot out of a canon? Hear the rest of his answer at episode 93 of KIDS ASK SCOTT. 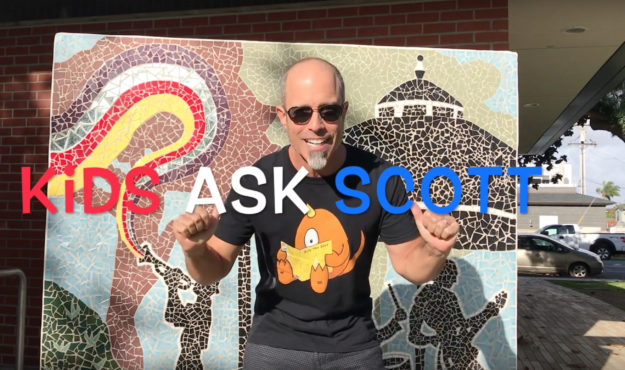 8-year-old Jake wants to know if Scott ever get frustrated while writing. Does he? Scott discusses his cat, writing himself into corners, and playing basketball. How does this all fit into getting frustrated, find out at episode 81 of KIDS ASK SCOTT. 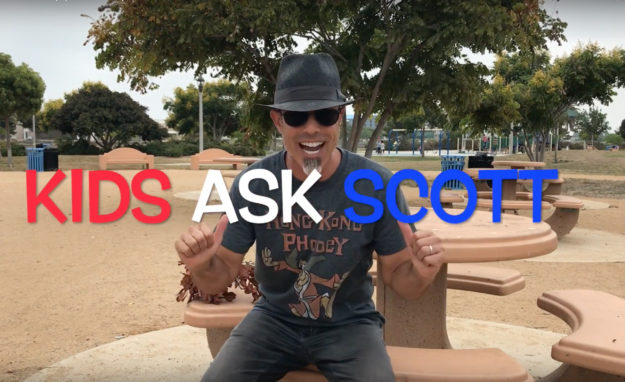 Who is Scott’s favorite cartoon character? Here’s a hint: In his own mind he was an astronaut, a writer, a hockey player, Olympic figure skater, world famous grocery checkout clerk, even an attorney. Still stumped? Find out the answer at episode 74 of KIDS ASK SCOTT. 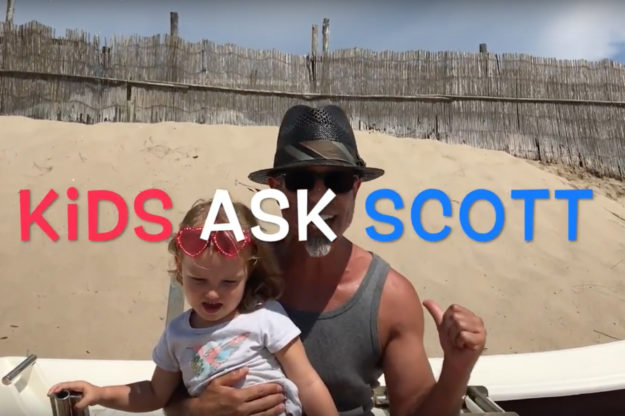 Is “Over there!” a question? Two-year-old Virginia seems to think so. That’s how she responds to Scott’s prompt for a question, and that’s how he answers. Find out the rest at episode 71 of KIDS ASK SCOTT . . . 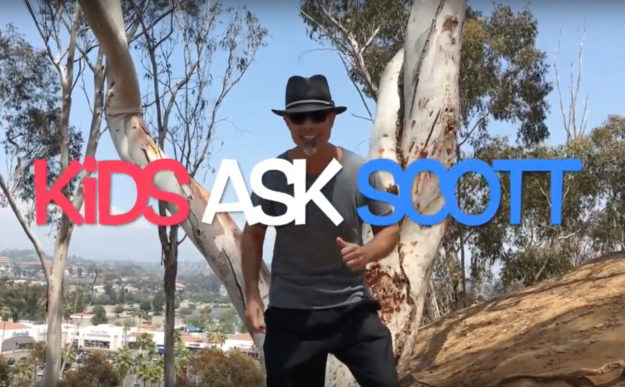 Winnie the Pooh and Scott

Scott was recently on vacation with his family on the island of Maui in Hawaii. So what does Winnie the Pooh and Scott’s trip have in common? Find out at episode 69 of KIDS ASK SCOTT. 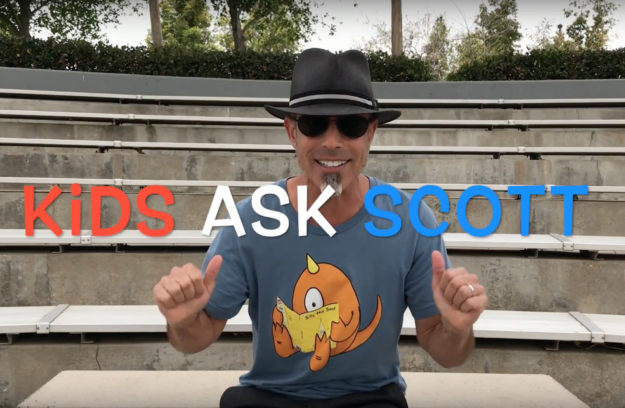 Is Scott Sussman a human or a chicken?

Enjoy the latest two episodes of KIDS ASK SCOTT. Episode 61 will impress you with Scott’s ability to sing the ABCs . . . backward! While episode 62 answers the question if Scott is a human or chicken. Human we hope, but the video may make you wonder. Enjoy the fun and also other silly… 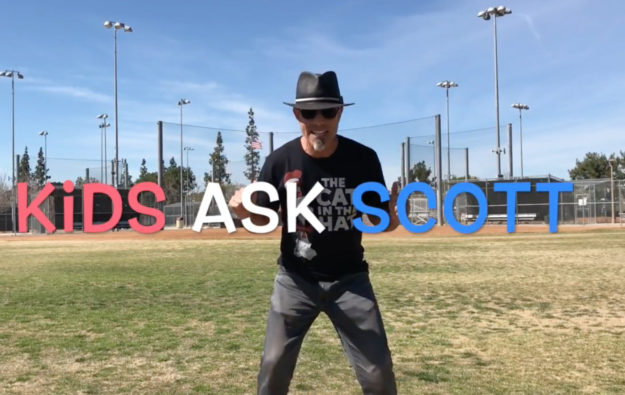 With all the silly questions kids ask Scott, this is certainly one of the silliest. But that seems appropriate for the author and illustrator of Silly the Seed. Click on the link and enjoy the 50th episode of KIDS ASK SCOTT.